The upcoming presidential election slated for August in Gabon will not be like the others. Popular Gabonese diplomat and politician Jean Ping is a challenger to the current president Ali Bongo Ondimba.

The upcoming presidential election slated for August in Gabon will not be like the others. Popular Gabonese diplomat and politician Jean Ping is a challenger to the current president Ali Bongo Ondimba.

The former chairperson of the African Union Commission, former minister of foreign affairs who once served as president of the UN General Assembly, is looking forward to create more accountability and limit presidential terms if he is given the mandate to rule.

“The president should not be a semi-god anymore. The government should govern. The assembly must oppose in order to prevent the concentration of power in one man. Call him what you want, but it is him who has all the power and this is not right,” Jean Ping said.

The ex-chairperson of the African Union Commission says if elected he will reinstate a 1991 constitution shortening the presidential mandate from seven to five years and introducing a two-round presidential system.

President Bongo’s critics think Gabon’s current one-round presidential system is favourable to the ruling party since it requires strong unity among the population from the start.

73-year old Ping who had a good working relationship with former president Omar Bongo has not been on talking terms with Ali Bongo ever since youths attacked his house one year ago.

Ping accused a Bongo presidential aide of being behind the attack. Gabon’s government denied the claim.

President Bongo’s government has been forced to trim budgets due to sharp falls in oil prices.

Although many believe Jean Ping could have an easy ride to the presidency due to frustration over falling oil prices and inequality in wealth distribution, some analysts have suggested that the United Front of the Gabonese Opposition-an alliance of Bongo opponents could reject Ping’ s candidacy.

Some members of the alliance have accused the popular diplomat of trying to muscle his way to the top. 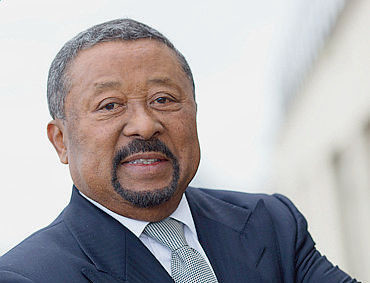